It’s been six long years since Nintendo last released a game in the luigi’s mansion series, and with fans beginning to give up hope of another, the announcement that a sequel will hit Nintendo Switch in 2019 is very welcome news indeed.

Announced with a trailer during a Nintendo Direct on September 13, 2018, the tentatively named Luigi’s Mansion 3, is set to be released on Switch this Halloween – very spooky indeed.

During Nintendo Direct at E3 2019, we got a bunch of new details about what we can expect from the next game in the spooky series. Here’s everything we know so far:

Cut to the chase

The game will launch for Nintendo Switch on October 31st, 2019 (AKA Halloween!). It’s a very fitting release date for such a spooky title.

When Luigi’s friends go missing on vacation, it’s up to our reluctant hero to save them from the ghosts in the Last Resort hotel! Join forces with Gooigi, slam ghosts, & prepare for a spooky treat when #LuigisMansion3 arrives to #NintendoSwitch on 10/31!http://www.luigismansion.com/ 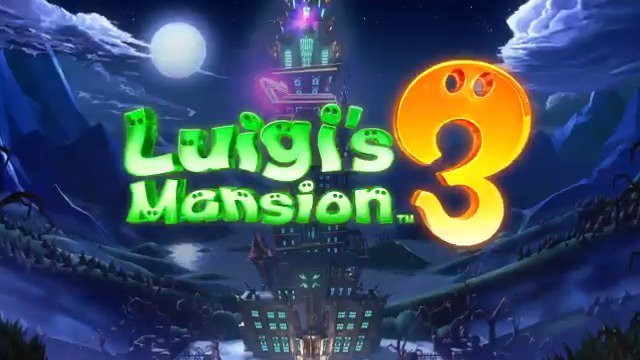 Nintendo dropped a more in-depth gameplay trailer for luigi’s mansion 3 during E3 2019. Check it out below:

Although the first trailer doesn’t give away much, it does give us a sneak peek at the high-quality graphics and gameplay. Check it out below:

Puzzles
There are plenty of puzzles in the haunted hotel to keep you occupied (as well as a few hidden secrets). It’ll take a combination of Luigi’s Poltergust, plungers and Gooigi to solve them.

Gamescom 2019
We got a short amount of time with luigi’s mansion 3 at Gamescom. Check out our hands on: Luigi’s Mansion 3 review.

Releasing this Halloween
Nintendo has confirmed that the game will launch on October 31st, 2019 (AKA Halloween).

ScareScaper mode
This co-op and competitive mode see you clearing rooms, taking on ghosts and completing challenges to collect coins. Can be played online or couch co-op.

Lots of rooms in the hotel
Including a greenhouse, film studio, and theatre stage.

Gooigi
Luigi can now summon a flubber-like version of himself that can slip through bars and walk over spikes. Even better, a friend can control Gooigi and you can co-op.

New functions
Including Slam (which slams ghosts on the ground), Suction Shot (which attaches the plunger to an item before pulling it away, destroying it), and Burst (an air pressure group attack).

Story
Luigi’s Mansion 3 features Luigi being invited to stay in a hotel alongside his friends Mario, Peach and co. But unfortunately the hotel isn’t quite what it seems and things take a dark turn when he arrives. There are some ghost guests who refuse to check out and they’re not exactly friendly.

Poltergust G-00
Luigi’s got a brand new vacuum, in the form of the Poltergust G-00. This new super sucker can fire plungers, use jet propulsion to increase jumping, and use the Strobulb.

Excited for Pokemon Sword and Shield? Check out Our Article Here

3 thoughts on “Luigi’s Mansion 3: Everything We Know”

Something new to hold over all you Gears 5 fans out there? The new and free update to Gears 5